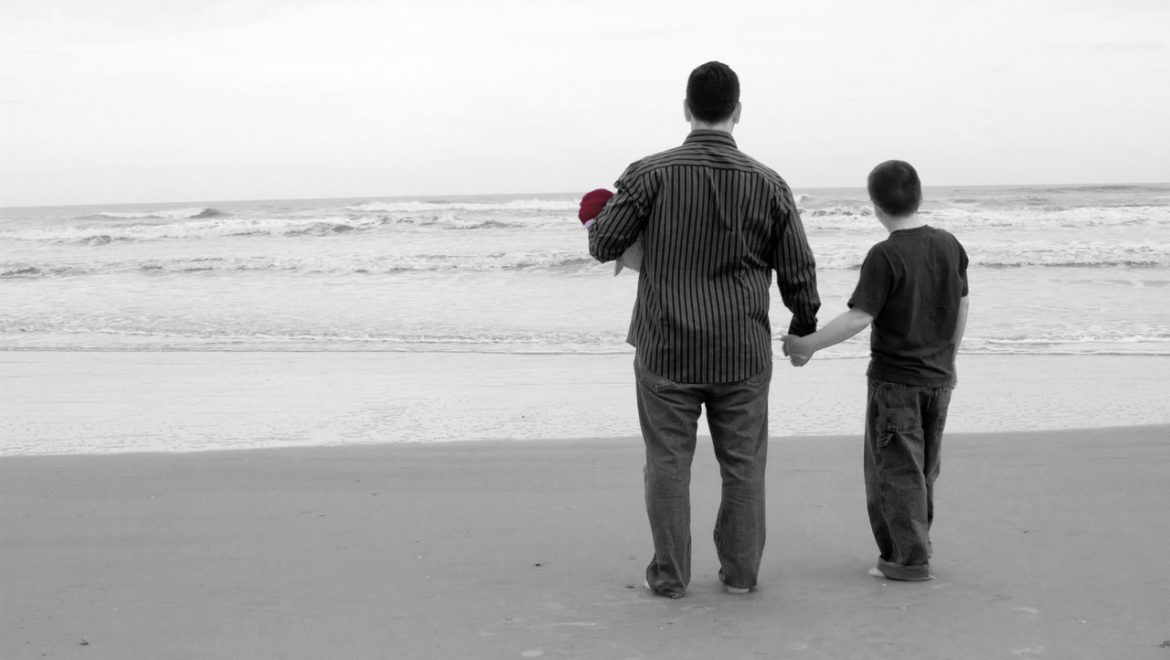 This post provides the Hebrew, English and transliterated text for the ‘baruch shepetarani’ blessing, traditionally recited by fathers on the occasion of their son’s Bar Mitzvah, as well as a detailed article by Modern Orthodox Rabbi Ari Enkin outlining the origins and technical halachic details surrounding this blessing. To see the original article with footnotes and sources, click here. This blessing officially releases the father from his accountability for his son’s transgressions, now that he is technically considered an adult. Although it is traditionally only recited by fathers over their sons, in some communities, slightly altered versions of the blessing are recited by both mothers and fathers over both daughters and sons, while in other communities it has been abandoned altogether.

The “Baruch Sheptarani” blessing which a father recites upon his son reaching Bar Mitzvah is unique among the blessings which are reserved for distinctive occasions. This blessing is essentially the father’s declaration-of-release from any further responsibility for his son’s wrongdoings. For his first thirteen years, a boy is under the spiritual aegis and responsibility of his parents, but from his Bar-Mitzvah onward, he is an independent man in the eyes of God. As we will see, the “Baruch Sheptarani” is of interesting origin and development.

The Torah teaches that when a boy reaches thirteen he begins to mold for himself a reputation and his character traits are then clearly distinguishable. It was at this age that Yaakov turned to the path of Torah and Eisav turned to the path of idolatry. From here the Midrash derives that a father is to recite the “Baruch Sheptarani” at his son’s Bar Mitzvah, as from this time onward a child is independently going to pursue the paths he chooses.

As a general rule, only blessings which originate in the Talmud are to be deemed official and authoritative. As such, since the “Baruch Sheptarani” blessing originates in the Midrash and not in the Talmud, some authorities suggest that it be recited without directly mentioning God’s name. Furthermore, there is reason to believe that reciting this blessing was never intended to be obligatory, but rather, optional or advisory in nature. There is also a view that God’s name should be omitted from the blessing out of consideration that the father may not have properly raised his son and is therefore unworthy to even recite it at all. Other authorities dismiss these concerns and rule that the blessing is to be recited with God’s name just like all others. Yet others favor the compromise of reciting the blessing, along with God’s name, but in Aramaic, rather than in the original Hebrew.

The blessing is generally not recited upon a girl reaching her Bat Mitzvah. This is because the blessing is directly related to a father’s educational responsibilities towards his son. It is also noted that the halacha specifically states that the blessing is to be recited for one’s “son”, which can be understood to indirectly exclude daughters. Indeed, there is actually no true obligation for parents to educate their daughters, though it is highly recommended. It appears, therefore, that this blessing has little relevance to the spiritual development of a girl.

Nevertheless, other authorities argue that although there may not be an official obligation to educate girls, in our day and age even girls receive a proper Torah education. In fact, there are halachic authorities who insist that the obligation to educate one’s children to keep mitzvot applies equally for sons and daughters. According to this approach the blessing may be recited for one’s daughter, as well.