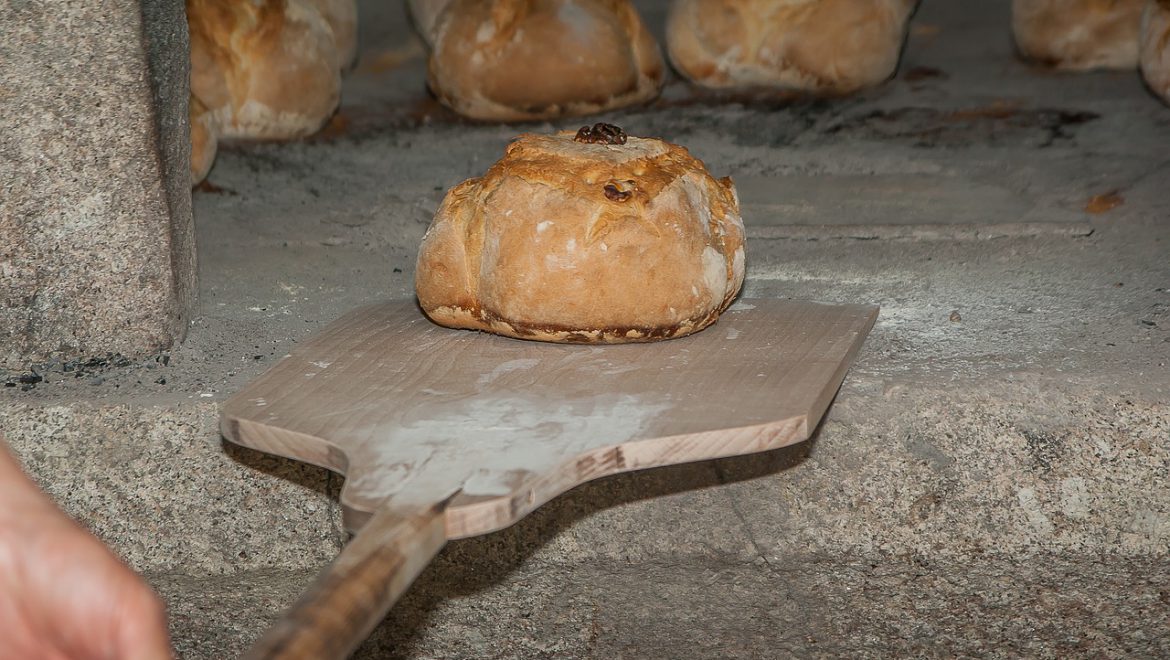 The following prayer is meant to be recited by women prior to putting the challah into the oven. It asks God to bless the challah and make sure that it bakes well, and also includes general praise of God. The article provides an introduction to “tchinas,” devotional prayers generally written by Ashkenazi women in Yiddish as early as the sixteenth century. This particular prayer, translated by Chava Weissler, was originally published in an anonymous collection entitled “Tchinas, Amsterdam, 1648,” and shared by the The Jewish Orthodox Feminist Alliance (JOFA) in the manual “The Orthodox Jewish Woman and Ritual: Options and Opportunities – Shabbat,” which can be viewed in full at the bottom of this post. JOFA is the leading organization advancing social change around gender issues in the Orthodox Jewish community.

A Tchina for Putting Challah in the Oven

If we were asked to reflect on our experience of religious ritual on Shabbat, most of us would immediately conjure up images of the synagogue. We tend to associate ritual with community, with grand events reaching beyond our homes, beyond our selves. As we struggle for increased participation of women in public ritual, such as synagogue services, we should not neglect the beauty of private rituals which have been observed by Jewish women for centuries.

As early as the sixteenth century, Ashkenazi women recited tchinas, devotional prayers which focused on the religious lives of women. Many of these tchinas, written in the Yiddish vernacular, are centered around rituals which occur in the home, enabling women who did not participate in public ritual to express their spirituality. The tchinas show that acts we may otherwise view as mundane, such as the baking of challah, are indeed opportunities to beseech God for our needs, and declare our commitment to God’s commandments. As the tchinas served as vehicles
of religious expression for our foremothers, may they inspire us today to view all aspects of ritual as holy and meaningful.

The following is a tchina for putting challah in the oven. Translation from the Yiddish courtesy of Chava Weissler. Originally  published in an anonymous collection entitled Tchinas, Amsterdam, 1648.

This the woman says when she puts the Sabbath loaf into the oven:

“Lord of all the world, in your hand is all blessing. I come now to revere in your holiness, and I pray you to bestow your blessing on the baked goods. Send an angel to guard the baking, so that all will be well baked, will rise nicely, and will not burn, to honor the holy Sabbath (which you have chosen so that Israel your children may rest thereon)
and over which one recites the holy blessing- as you blessed the dough of Sarah and Rebecca our mothers. My Lord God, listen to my voice, you are the God who hears the voices of those who call to you with the whole heart. May you be praised to eternity.”