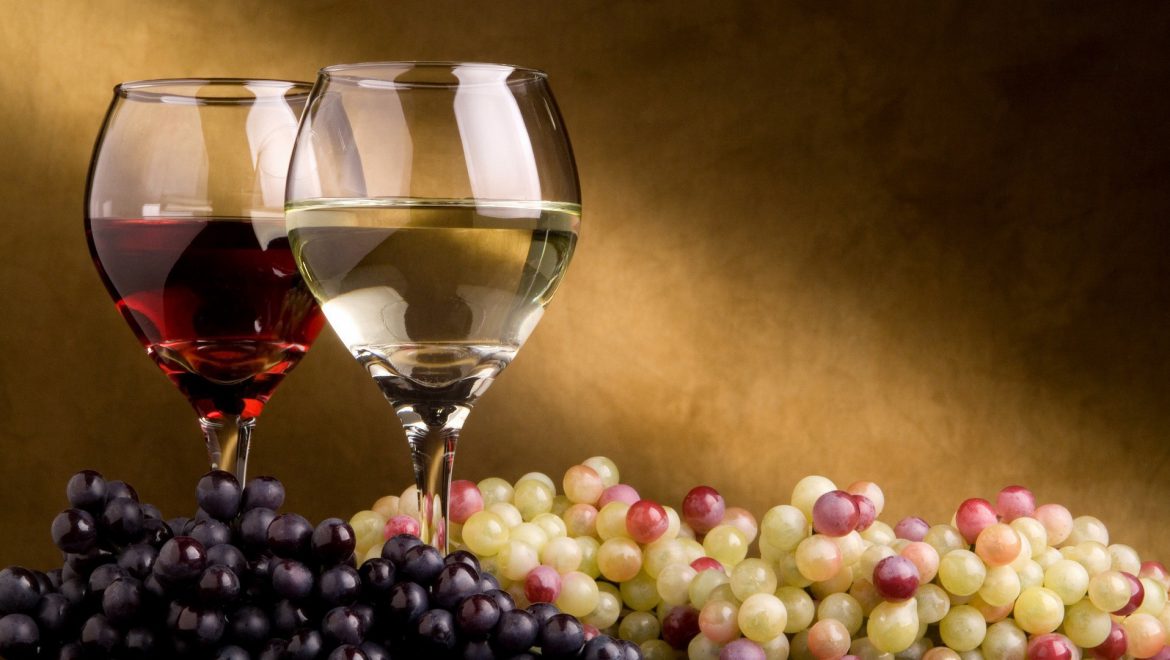 This article from The Jerusalem Post provides historical background and basic information about wine production to explain why the wine used for Kiddush is generally sweet. Adam Montefiore, an expert in Israeli wine, describes how movements through the Diaspora have affected our predilection to sweet wines, how Ashkenazim and Sephardim differ in their tastes for wine, and the influence of technology on our customs. This article would be particularly relevant to those who have an interest in wine, history, and the development of customs in Judaism.

It is certainly not written anywhere that a kiddush wine has to be sweet! So how did it come to pass that kiddush wine became associated with sweet wine? Of course, throughout wine history most of the wine produced was sweetish. It is only really in the last century that dry wines have become the rage.

In biblical times, wine was sweetened to make it palatable. It was mixed with either honey and date syrup or herbs and spices. The reason adulteration was necessary was that wine was poorly stored. There were no bottles or stainless-steel tanks. A natural grape juice (tirosh) is itching to ferment and turn into wine. All it needs is for the sugars in the grapes to gorge themselves on the wild yeasts on the grape skins, and fermentation will begin. The process is natural and does not need a winery or winemaker.

However, the process from wine to vinegar is just as easy and natural. Too much heat or oxidation, and wine will quickly become wine vinegar. The problem was exacerbated if the wine was exported. The amphorae had to be removed from the cool caves where they were stored and transported. There was little temperature control on a sea voyage and few cool places on a boat out of the blazing sun. Many a cargo of precious wine arrived as vinegar. Only the sweetest and strongest wine survived the trip. A dollop of alcohol or added sweetness was the preservation recipe.

Production necessities converged with the preference of taste. Many a Victorian banquet was accompanied by a mountain of sweet wines, including sherry, “Hock,” champagne (which was then mainly sweet) and port. We should not forget that in the New World of wine-making, sweet wines were the most popular wines until relatively recently. In the 1960s sweet wines, usually fortified, comprised 70 percent of the wine consumption in Australia. In California, too, the production of sweet wine was far greater than dry wine as recently as 50 years ago.

So it is hardly surprising that in Israel and the Jewish world, sweet wines were also predominant.

The custom was also reinforced by the prevailing situation. The center of the Jewish world in the 18th and 19th centuries was Eastern Europe. In Poland and most of Russia, grapes were scarce. Grain was dominant rather than the grape, and vodka was the national drink rather than wine.

Wine made from raisins was acceptable. The father of the household would buy raisins, which was cheaper and more practical than transporting freshly picked grapes from a wine-growing area. Raisin wine was made by soaking dried grapes in water and adding sugar. Anyone could do it, and enough wine was made for the family or community. These wines were weak and watery compared to wines that we know today, so the added sweetness was necessary to mask the taste. It was also most welcome in the cold climate as a source of energy.

In the America of the 19th century, the custom for sweet wines was forged by climate. Jewish immigrants in New York State made wine from a grape variety called Concord. It was freely available, cheaper than wine grapes, hardier for the climate and versatile, being used for grape juice, kiddush and sacramental wines or grape jelly. It also had the grapey, foxy aroma that became sought after, particularly by the American palate. However, the harvest often had to be brought forward to avoid bad weather. The resulting wines were thin and harsh. Therefore, to cope with the vagaries of the East Coast climate, the wines had to be sweetened to be drinkable.

In Israel of the 19th century, wine was made from food or table grapes grown by Arabs in areas like Bethlehem and Hebron. In those days, most of the wines drunk were sweet. There were no cold fermentation techniques, and the New World technology that taught how to make quality wines in hot countries was still some time away. Wines were kept in small casks rather than bottles. A dry wine would go sour very quickly. Adding sweetness was a preservative and a mask for all the wine’s failings.

So sweetness became necessary for taste, and it became the norm. Sweet wines were preferred by all the family, and even the children could enjoy them. Furthermore, drinking by Jews in the context of religious ritual was always in very strict moderation. A bottle was never finished. However, the sweetness acted as a preservative and ensured that an opened bottle would last from week to week.

Expensive sweet wines can be some of the most sublime, sought-after wines in the world. These are made by using late-harvested overripe grapes, by allowing what is called noble rot, freezing the grapes or drying them on mats as was done in ancient times. Likewise, fortified wines like port or sherry were made by adding alcohol either during or after fermentation.

However, in the Jewish world, price was also always an issue. Much of what is thought of as Jewish cuisine was forged as a cost-saving exercise. Take gefilte fish or cholent, for example. Buying wine was an extravagance, but it was necessary for the mitzva of making kiddush. So by necessity, the chosen wine was often the cheapest, though of course it had to have the right hechsher, or kashrut certificate, too. A basic sweet wine with sugar added was the least expensive bottle on the shelf, but it had nothing in common with the great dessert wines like a real Tokay, Sauternes or Eiswein.

So kiddush wine became known as a sweet red wine, particularly in the Ashkenazi world.

However, this was not the case everywhere. Sephardim in traditional winemaking countries like Morocco, for example, and later in France, would make kiddush using dry red table wine. It would be unthinkable for them to use a sweet wine once modern winemaking methods were introduced.

The main Israeli wineries producing kiddush wines are the more historic wineries, such as Carmel, Teperberg, Binyamina, Arza, Zion and Hacormim. It is a declining market, though, as many have switched to using grape juice or dry table wines for religious ritual. Still, the total production of kiddush wine remains approximately 10 percent of Israel’s total wine production.

The most famous kosher wines in the US and the UK are Manischewitz and Palwin, respectively. Both are kiddush wines, which are mocked for their quality, mostly by the Jewish community itself, but still drunk in copious amounts. Both are sold in their respective countries, but curiously, not elsewhere with any success. Manischewitz is owned by Constellation Brands, the largest wine company in the world, and Palwin is owned by Carmel, the largest producer of kosher wines in the world.

So it is clear that kiddush wines are not going to disappear. The use of sweet wine at kiddush and festivals remains part of the ritual, simply because for many, what was is what “is” and what “will be.” The habit simply became the tradition.

There are those that delight in the new quality of kosher table wines, but to some it just doesn’t feel right to put a quality dry wine into a silver kiddush cup or beaker. So the association between kiddush and sweet wine continues. Each to his own. Long live tradition!