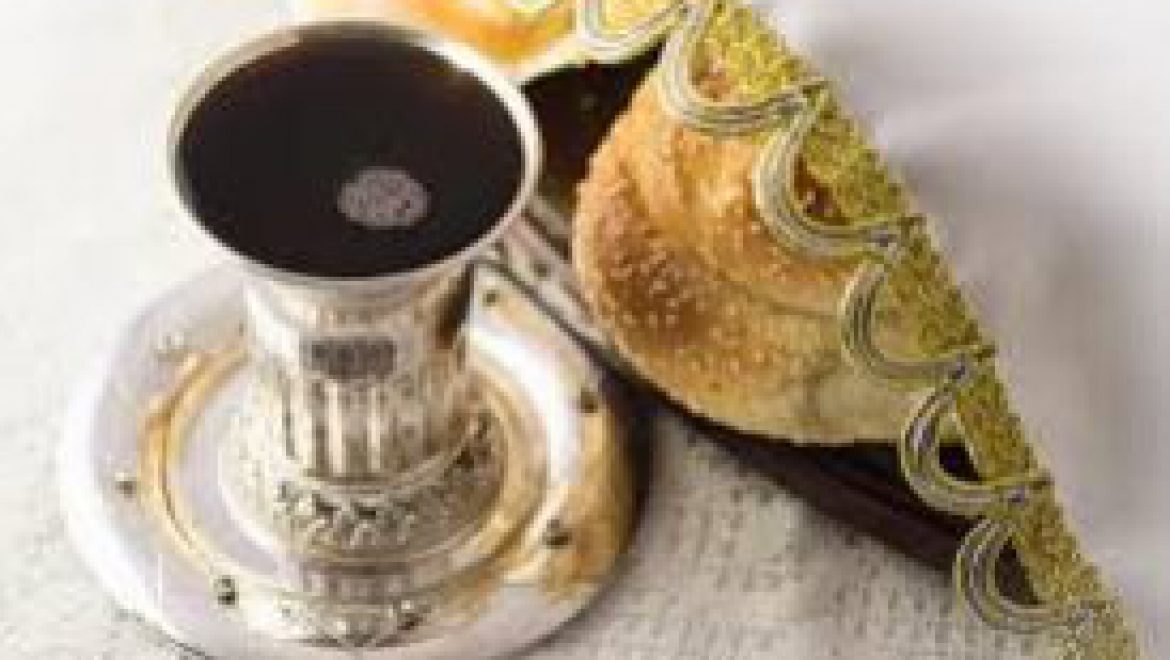 This step-by-step guide  explains how to perform the basic Orthodox Ashkenazi Kiddush, including the Hebrew, English, and transliterated text of the blessings. Reprinted on Aish.com, this is an excerpt from “Friday Night and Beyond” by Lori Palatnik, a writer, Jewish educator and the Founding Director of The Jewish Women’s Renaissance Project, an international initiative that brings thousands of women to Israel for inspirational trips. The Kiddush ceremony performed at the beginning of the Friday night Shabbat meal is more or less the same for Orthodox Jews all over the world, excluding minor variations depending on affiliation and place of origin.

Friday Night Kiddush: How To

Kiddush does not have to be said in Hebrew. It is acceptable to say in English or any other language, although Hebrew is preferred, and a person should make an effort to learn the Hebrew.

From the time the sun sets (or, for a woman, once the candles are lit), until after kiddush is made, one should not eat or drink anything.

The procedure is as follows:

1. The table should be set with both challahs on the table, covered on top and below (e.g. a challah cover on top, and the challah board below).

2. You should use a special kiddush cup that holds at least 4 1/2 ounces. Fill the cup to the rim (our joy should be “full”). If you don’t have a kiddush cup, any cup many be used, as long as it holds 4 1/2 ounces and is not disposable.

3. Any kosher wine or grape juice can be used.

5. There are different customs regarding whether one stands or sits while making kiddush. If you don’t have a family custom, the choice is yours! Some people stand on Friday night while making kiddush because, on Friday night, we are like witnesses to the “coming in” of Shabbat. And just as witnesses in a Jewish court stand when giving testimony, so do we stand when making kiddush. (On Shabbat day there is no “coming in” to witness, so some people choose to make kiddush while seated.) Other people sit both Friday night and Shabbat day. Just be consistent from week to week, and all those present will do a little “Simon Says” and follow your lead.

6. Those being included in kiddush should be sure to answer “Amen” after the blessing of the wine (“borei peri ha-gafen“), and after the concluding blessing that follows. (We do not speak between the saying of a blessing and the fulfillment of the blessing. Thus each person should refrain from speaking until they taste a sip of the wine or grape juice. The person making kiddush should remind everyone of this beforehand, to avoid uncomfortable nodding and shaking of heads when someone asks a question or makes a comment.)

7. When the blessings are complete, everyone should be seated (if they weren’t already). The one who led the blessings then drinks at least 2 ounces of the wine or grape juice in one or two gulps (this is no time to savor and sip). “Drinking,” according to the Talmud, constitutes at least a “cheekful,” or approximately two ounces. Only the person making kiddush on behalf of everyone present need do this.

The balance of the kiddush wine or grape juice is then distributed in little glasses, or cups, to all those who were included in kiddush (they need have only a taste). To avoid germs, try this method: The person making kiddush recites all the blessings, but before drinking at the end, spills about four ounces of the liquid into another cup; then drinks from that new cup. Take the original liquid from the first cup and pour some into smaller cups to pass around. (If there isn’t enough, add more wine or grape juice before pouring.)

If there are a lot of people and it would take forever to pass around kiddush, you can pre-pour some wine into everyone’s glass. After the person reciting kiddush drinks some wine, then everyone can drink from his or her own glass.

The Kiddush ritual is very similar throughout the Jewish world, yet there are slight textual variations in different communities. While the Ashkenazi Kiddush is the longest, generally including all of the words in parentheses below, many Mizrahi and Sephardic traditions omit some or all of them.

And it was evening and it was morning, the sixth day.

And the heaven and the earth were finished and all their host.

And God blessed the seventh day, and he hallowed it, because he rested thereon from all his work which God had created and made.

With the permission of my masters and teachers:

Blessed art thou, O Lord our God, King of the universe, who createst the fruit of the vine.

There are many different tunes and a several variations in the pronunciation of particular words for Kiddush depending on the tradition of each community.

To hear a recording of an Ashkenazi Kiddush from Aish.com, click the audio bar below.

To hear a recording from the Sephardic Hazzanut Project, click the audio bar below.