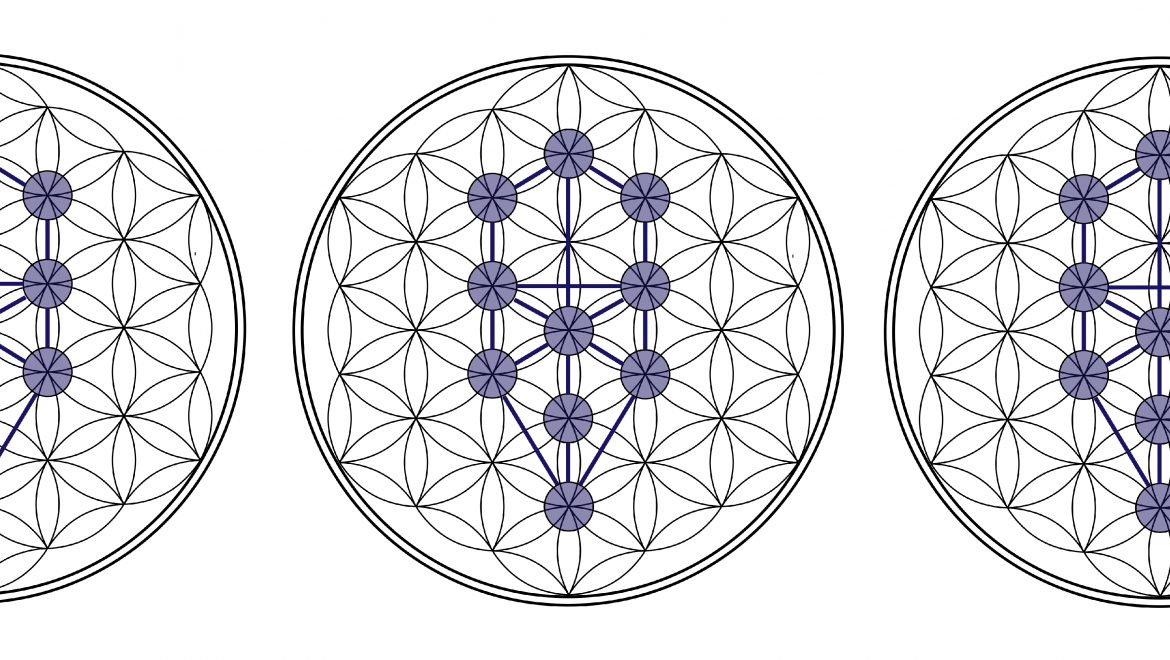 This post presents an in-depth explanation and the Aramaic, English and transliterated texts of a Kabbalistic poem recited before the daytime Kiddush, according to Jewish mystical traditions. The poem is based on passages in the Zohar and composed by Rabbi Isaac Luria, “The Ari,” the leader of the kabbalistic community in Sfat in the 16th century. It is the second in a series of three poems, each corresponding to one of the three Sabbath meals and recited before the appropriate meal. Originally written in Aramaic and full of esoteric Kabbalistic concepts, this custom is most relevant to those with background in Kabbalistic learning or a particular interest in this subject. This post is an excerpt from the website of Simcha Ben Yosef, who aims to help Jewish people rectify past transgressions through spiritual work and religious practice.

Prepare the meal of perfect faith, the joy of the Holy King.

Prepare the meal of the King. This is the meal of Atika Kadisha. And the Orchard of Holy Apples as well Zeir Anpin are also present at this meal.

On Shabbat morning, prior to the Torah reading, you sing, along with the synagogue members if you attend services, Ata Hereta Ladaat – You were shown to see… Soon after the Israelites left Egypt, finding themselves sandwiched between the Red Sea and the pursuing Egyptians and Moshe cried out in prayer, the Holy One replied, “Why do you cry out to me?” The meaning of this answer was that if the Israelites showed full bitachon-trust in His Providence, it would silence all the heavenly Accusers and they would be saved. When Nachshon ben Aminadav jumped into the sea advancing till the water reached his waist, the sea water split, and the entire nation saw that Hashem fills the world like the soul fills the body, and consequently can change the order of nature according to His Will.

You are aiming to acquire this level of faith at the second seudah, in which you engage after the morning-prayer. More than emunah-faith, this is bitachon-trust, and it is what the sufferer needs to know when feeling afflicted but still holding on to the certainty that God is with him and helping him in the way that he needs to be helped. The effect of trust as a Surrounding Light is alluded to in the Psalms, “s/he who trusts in Hashem will be enveloped in lovingkindness.” One may have blocked his soul’s inner channels of shefa-Divine bounty because of past errors, but s/he can still receive a renewed supply of life force in the merit of his trust in Divine Providence.

At the time of the second seudah we receive lights from the highest level of holiness, connected to the revelation of Atika Kadisha and referred to as keter-crown, which opens us to the mysteries of Torah. These lights are linked with the crowns that Hashem attached to the letters that are seen in the scrolls from which the Torah portion is read on the Shabbat day.

The words Atika Kadisha allude to a Divine supervision of total and unconditional lovingkindness. When Hashem acts as King and Ruler of His nation as on the weekdays, He does not exercise unconditional giving because this would undermine the Divine purpose of Creation, according to which we must earn a reward. In contrast, on Shabbat at this time, Hashem is emitting the consciousness of this lofty revelation and consequently, in the Kiddush prayer over wine before the second Shabbat seudah we cite the verse: “Then you will delight in God” – In Hebrew ‘al Hashem’. The word ‘al’ literally means ‘over’; this verse is thus never translated literally. Its deeper meaning is that at this time, your above cited statement of faith places you over the Divine supervision of the weekdays.

As Rabbi Aharon Rota teaches, the way of our Creator is to test man’s trust in Him, and if man strengthens himself in total trust of Hashem, then even if God forbid a harsh Divine decree was pronounced against him, it will be sweetened and mitigated on high, and changed into a sign of Divine lovingkindness for himself as well as for all the House of Israel now and forever.