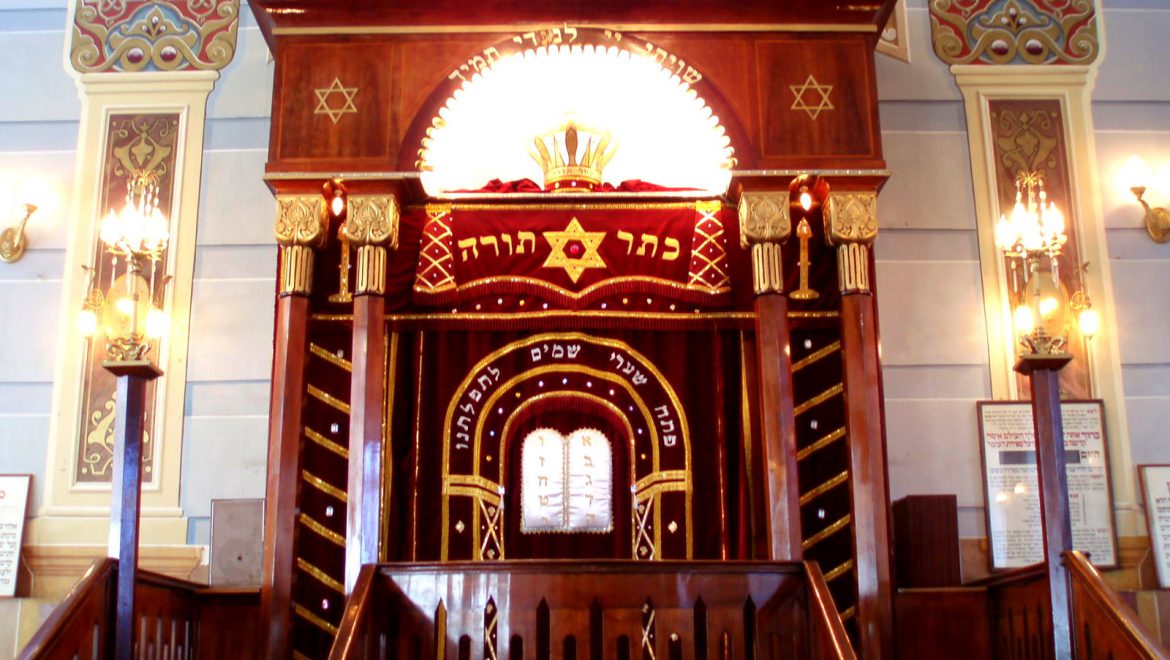 This article by the late German Jewish scholar Rabbi Ismar Elbogen discusses how the Kiddush was introduced into the synagogue service in Babylonia, a custom which eventually spread to Ashkenazi Jewish communities in the Diaspora. Ideal for readers with an interest and background in ancient Jewish history and the development of customs, the author uses some terms that may be unfamiliar to the average reader. While the Kiddush is still part of the evening service in many synagogues around the world, it is generally also performed at home before the festive meal.

In the most ancient period, no public service was held at the beginning of the Sabbath any more than on other evenings, but religious “fraternities” (havurot) would celebrate the day by holding a common festival meal. These meals would begin while it was still daylight; they were interrupted at nightfall, when the leader of the fraternity would recite the “Sanctification of the Day” over a cup of wine. Otherwise, each individual would recite his own night prayer separately as on every day, with some adding special words in honor of the Sabbath.

While the Kiddush originally belonged to a meal, it was later transferred to the synagogue, where we find it since the time of the first Babylonian amoraim. Babylonia did not know the custom of common fraternal meals for religious purposes, nor were vineyards generally cultivated. Therefore, where no wine was available, Kiddush was transferred to the synagogue, where it remained as the conclusion of the service.

Knowing that the Kiddush belonged only in a private house at the family table, the amoraim excused the practice of reciting it at the conclusion of the Friday evening on the grounds that the synagogue served also as a hostel for travelers, who took their meals there. In the course of time, when the synagogue ceased serving this purpose, doubts were expressed about the propriety of saying Kiddush there, but no one dared to act on those doubts. Here is a classic example of how religious rites, once they have taken root, cannot be removed by force of logic.

Kiddush remained an integral part of the Friday night service in Ashkenazic communities outside of the Land of Israel, and is, in fact, one of the high points of that service, a moment of extraordinary reverence and religious feeling. No community today, whether traditional or reform, would be prepared to give it up.