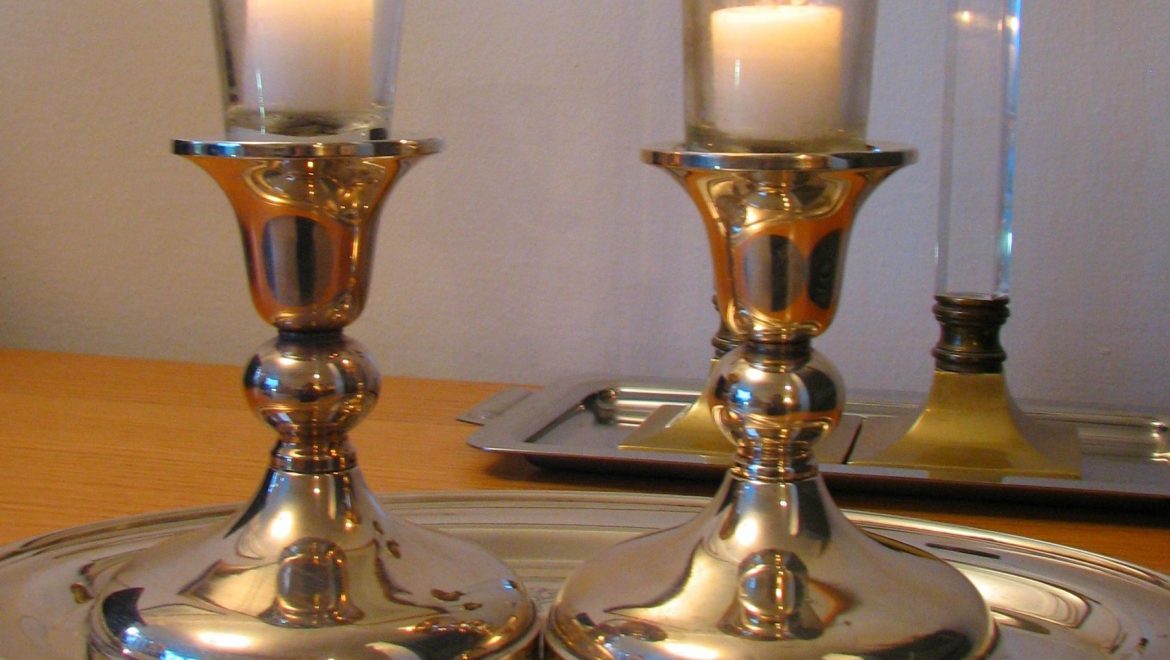 In this highly sourced academic article, Dr. Ismar Schorsch explores how and why lighting Shabbat candles is of paramount importance in Jewish tradition, despite the fact that it is actually not a biblical commandment. Using modern anecdote, historical sources, biblical exegesis, and a wide array of rabbinic commentaries and halachic sources, Schorsch explains the significance and development of the Shabbat candle lighting ritual. Dr. Ismar Schorsch is a professor of Jewish History and chancellor emeritus of The Jewish Theological Seminary, the academic and spiritual center of Conservative Judaism and a major center for academic scholarship in Jewish studies.

The Meaning of the Shabbat Candles

If you have ever spent a Shabbat in Jerusalem, you have surely noticed that its imminent arrival is announced by the blowing of a shofar. The stores that are still open then close and the traffic left on the streets virtually halts. The atmosphere of Shabbat increasingly pervades the city. There is no artifice to the shofar; its harsh sound embodies an ancient practice.

In this week’s parashah, Moses is instructed to produce two silver trumpets, as a means of public communication. The type of blasts emitted signals the purpose: whether for travel, war or celebration. Regarding the last, the Torah stipulates: “And on your joyous occasions – your fixed festivals and new moon days – you shall sound the trumpet over your burnt offerings and your sacrifices of well–being (10:10).” While this verse seems to omit any association between Shabbat and these trumpets, the Rabbis make the connection (Sifre, 77). The word “joyous occasions” (simhatkhem) is not a generic term, but stands in opposition to “your fixed festivals” (u–vemoadekhem), and hence refers to Shabbat, which is never classified as a “moed” (fixed festival).

On this basis, the custom seems to have arisen in talmudic times of heralding the coming of Shabbat with a series of six intermittent shofar blasts. The first was intended for those working in the fields to end their labors. The second, for the shopkeepers in town to close down and the third, for those at home to kindle the lights for Shabbat (BT Shabbat 35b). Though the purpose of the other three blasts is not clarified, what is clear is that Shabbat was sanctified publicly by blowing the shofar and privately by kindling lights (cf. Tanhuma Matot 2).

And to this day, the lighting of two white Shabbat candles, one for zahor (“remember the Sabbath day . . .” Exodus 20:8) and one for shamor (“observe the Sabbath day . . .” Deuteronomy 5:12), each with a single wick, is how we imbue the mundane space of our homes with a touch of eternity. The journey back to Judaism often begins with this transformative act. Its disarming simplicity and aesthetic power open the door to a wellspring of blessings for those with the resolve to proceed. To alter our inner state we need to modify our surroundings. That is the function of ritual.

Jews have been kindling Shabbat lights for a long time. In the first century, the Roman philosopher Seneca railed against what he regarded as the alarming spread of Judaism in his day: “The vanquished have legislated for the victors!” Particularly loathsome was the observance of Shabbat which consigned Jews to spending one–seventh of their lives in idleness. But his indictment attested the use of light to enhance the holiness of the day. “Precepts are commonly given as to how the gods should be worshipped. But let us forbid lamps to be lighted on the Sabbath, since the gods do not need light, neither do men take pleasure in soot” (M. Stern, Greek and Latin Authors, I, pp. 431–33).

Indeed, so widespread was the practice of inaugurating Shabbat with the kindling of lights that the Mishnah some 150 years later did not explicitly command it. Instead, much like the case of the daily recitation of the Shema, which is also nowhere specifically prescribed, the Mishnah plunged directly into the details pertaining to execution. Which materials are suitable for wicks? What oils for fuel? The sages, for example, permit one to use many oils, while R. Tarfon accepts only olive oil, as was used for the menorah in the Temple (Shabbat ch. 2).

The Talmud subsequently acknowledged that the injunction to welcome Shabbat with lights is not scripturally grounded, but a duty imposed by the Rabbis (BT Talmud 25b). Maimonides in his code spelled out the force of the Hebrew term hovah (obligation). The individual has no latitude. Men and women are equally obligated. If the duty devolves more directly on women, it is because they tend to be at home. Without light, the Shabbat is bereft of oneg (joy), which means that should our circumstances deteriorate to the point where we lack food, we must still beg for or borrow oil for light. In sum, we light before sunset with the recitation of a berakhah that links our act to the will of God (MT Hilkhot Shabbat 5:1–3).

Opposition served to heighten the sanctity of the duty. In the eighth century as the Geonim promoted the authority of the Talmud, the Karaites under Anan bitterly rejected many a rabbinic practice for lacking any basis in Scripture. Avowed biblicists, they insisted on the literal meaning of the text. Not only did the practice of kindling lights for Shabbat have no biblical foundation, it specifically violated the biblical prohibition that “You shall kindle no fire throughout your settlements on the Sabbath day” (Exodus 35:3). The Karaites made no distinction between kindling and burning; hence to allow a fire lit before Shabbat to burn during Shabbat ran counter to the Torah. Accordingly, Karaite households on Shabbat throughout the Middle Ages abstained from illuminating and warming their homes. The darkness lent itself to ridicule.

A ninth–century rabbinic midrash contended that the verse from Isaiah, “If you call the Sabbath ‘delight (58:13)'”, refers to the lighting of Shabbat candles. Surely to sit in darkness cannot be conceived as a delight (oneg), for as we know from Job (10:22) those sentenced to Gehinom (purgatory) are judged in utter darkness (Tanhuma No·ah 1). In the same vein, a century later, R. Hananel, one of the earliest commentators of the Talmud, associated the kindling of lights with another verse from Job, “You will know that all is well (shalom) in your tent” (5:24). “Shalom” is a function of light, as it is written in Genesis (1:3), “And God saw that the light was good”.

Another midrash from that period made the same equation. The primary building block of the universe is “shalom” (harmony) because that is what God created first, namely light. And how do we know that light is equivalent to “shalom?” From the parallelism in the verse in Isaiah 45:7, “I form light and create darkness, I make weal (shalom) and create woe.” And then, in a move that is as inspired as it is inspirational, the midrash concludes that we kindle the lights before we recite the kiddush because nothing can be deemed to supercede domestic tranquility (Torah Shlemah, B’reishit 382).

It is for this reason that Rashi in his commentary to the Talmud (Shabbat 25b) required that the Shabbat candles be lit in the place where we dine, “for a meal is of no account where there is no light.” To dine in darkness leaves us spiritually wanting. Whereas in the Temple, the menorah and the table for shewbread were separated by the altar to underscore that God needs neither light nor food, in our homes we enjoy our Shabbat meal bathed in light (Torah Shlemah, T’tzavveh , 77). If dire straits force us to choose between candles or wine, Maimonides added, the former takes precedence. Nothing is more important to God than a home filled with peace. The very purpose of the Torah is to advance peace throughout God’s creation (MT, Hilkhot Hanukkah, 4:14).

In the end, the rich poetry of rabbinic midrash triumphed over the austere prose of Karaite logic and asceticism. The lighting of candles at the beginning of Shabbat not only graces the evening with a ritual of transcendent beauty, but also imbues us with a sense of Judaism’s wholesome values.