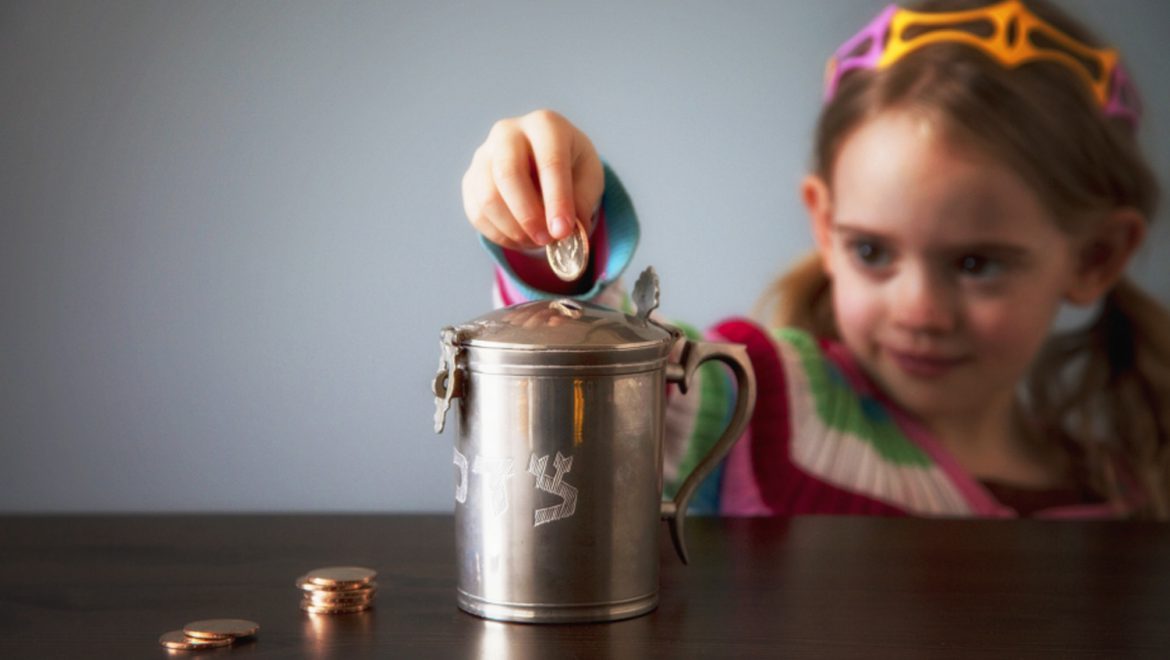 The following article describes the practice of giving tzedakah (charity) before lighting the Shabbat evening candles, along with an explanation as to how these two actions are intrinsically connected. This article is helpful for those seeking a deeper understanding of the meaning behind the ceremony through the exploration of Kabbalistic (Jewish mystical) and Hasidic (Jewish spiritual) thinking, in addition to gaining basic knowledge about when giving tzedakah became a part of the candle lighting ritual. The author, Rachel Aviner, is a writer, teacher and mental-health professional originally from Canada, now living in Jerusalem, Israel.

The Custom of Giving Tzedakah before Lighting Shabbat Candles

The first mention of lighting Shabbat candles in Jewish sources can be dated as far back as 10-220 CE. The Tannaim – sages who wrote the Mishna (Oral Law) – discuss in Tractate Shabbat how the Shabbat candles are to be lit. However, according to Midrashic literature (the Rabbinical commentary on the Written and Oral Torah, compiled during the first ten centuries CE) the commandment dates back much further to when Sarah, the wife of Abraham from the Torah, who lived around 2100 BCE, lit candles before Shabbat that would glow all week long. In the last two centuries, a new custom has been added to the Shabbat/holiday candle lighting ceremony: the giving of tzedakah (donating money to charity) before lighting the candles and reciting the blessing. According to Orthodox tradition, the act of giving tzedakah occurs before the lighting of the candles and not afterward, as money is considered muktza (a weekday item that has no use on Shabbat) and therefore should not to be touched on Shabbat.

The History and Meaning Behind the Custom

The earliest known written accounting of giving tzedakah before candle lighting can be found in the Siddur of Rav Azriel from Vilna, ‘Tefila Derech Si’ach Ha’Sadeh,’ printed around 300 years ago in the name of Isaac (ben Solomon) Luria Ashkenazi, commonly referred to as the ARI, a famous Rabbi and Kabbalist (Jewish mystic) who lived in Safed in the 1500’s. According to the ARI, candle lighting is an auspicious time for prayer. However, not everyone knows how to pray or what to say. Therefore, the act of giving charity at the time of candle lighting is considered an addition or even replacement for those prayers that may not able to be recited.

In the 1960’s, Menachem Mendel Schneerson (1902-1994), the last Lubavitcher Rebbe, began launching ‘mitzvah campaigns’ to promote ritual observance by all Jews. One of those campaigns was the ‘candle lighting campaign’ which encouraged women and girls from age 3 to light the Shabbat evening candles 18 minutes before sunset, when the Shabbat commences. As part of this campaign, Rabbi Schneerson and his followers distributed dollar bills to women all over the world intending these bills to be given to tzedakah (charity) immediately before lighting the Shabbat candles.

According to Rabbi Schneerson, candle lighting is one of the most important and most beautiful mitzvot (commandments) available, particularly for women, who light the candles in honor of their families and their homes.  Therefore, he believed that this mitzvah deserved a special ‘reminder’ to be implemented immediately before the candle lighting as a way to emphasize the importance of this action.

According to Hasidic (a religious and spiritual sect of Judaism) thought, every physical act in this world is partnered with a spiritual act. Therefore, the physical act of bringing light into the world brings with it a spiritual light that positively impacts those around it. Therefore, the special reminder that should proceed the candle lighting, according to Rabbi Schneerson was giving tzedakah. Giving charity is an act that provides life and sustenance to others which parallels the spiritual light and sustenance a woman gives to her family through the lighting of the Shabbat candles.