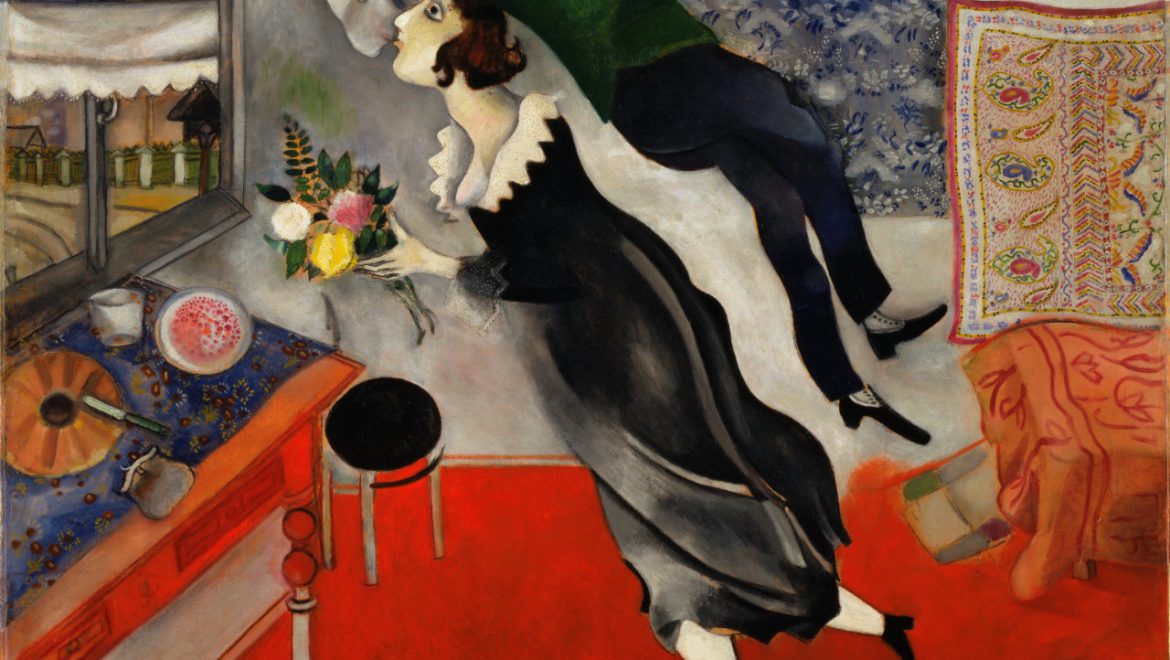 In this excerpt from the book “Burning Lights: A Unique Double Portrait of Russia,” Bella Chagall describes a detailed accounting from her childhood of what the Shabbat candle lighting ceremony looked like in her hometown in Russia in the early 1900’s. Although describing an event that occurred at the turn of the century, Chagall could very well be describing any candle lighting event throughout time. Bella Chagall (1895-1944) grew up in Vitebsk, Russia, the seventh child born to a Hasidic (a religious and spiritual sect of Judaism) family. She married Marc Chagall, who later became a famous artist. Thirty-six of his drawings illustrate the stories told in “Burning Lights,” a book named for the Shabbat/holiday candles that burned throughout the year, lighting up their lives.

The last to leave the shop is mother. She tries all the doors once more to see that they are locked. Now I hear her paltering steps. Now she shuts the metal door of the rear shop. Now her dress rustles. Now her soft shoes slip into the dining room. In the doorway she halts for a moment: the white table with the silver candlesticks dazzles her eyes. At once she begins to hurry. She quickly washes her face and hands, puts on a clean lace collar that she always wears on this night, and approaches the candlesticks like a quite new mother.

With a match in her hand she lights one candle after another. All the seven candles begin to quiver. The flames blaze into mother’s face. As though an enchantment were falling upon her, she lowers her eyes. Slowly, three times in succession, she encircles the candles with both her arms; she seems to  be taking them into her heart. And with the candles her weekday worries melt away.

She blesses the candles. She whispers quiet benedictions through her fingers and they add heat to the flames. Mother’s hands over the candles shine like the tablets of the decalogue over the holy ark. I push closer to her. I want to get behind her blessing hands myself. I seek her face. I want to look into her eyes. They are concealed behind her spread-out fingers.

I light my little candle by mother’s candle. Like her, I raise my hands and through them, as through a gate, I murmur into my little candle flame the words of benediction that I catch from my mother. My candle, just lighted, is already dripping. My hands circle it to stop its tears. I hear mother in her benedictions mention now one name, now another. She names father, the children, her own father and mother. Now my name too has fallen into the flame of the candles. My throat be comes hot.

“May the Highest One give them His blessing!” concludes mother, dropping her hands at last. “Amen,” I say in a choking voice, behind my fingers. “Good Shabbes!” mother calls out loudly. Her face, all opened, looks purified, I think that it has absorbed the illumination of the Sabbath candles.