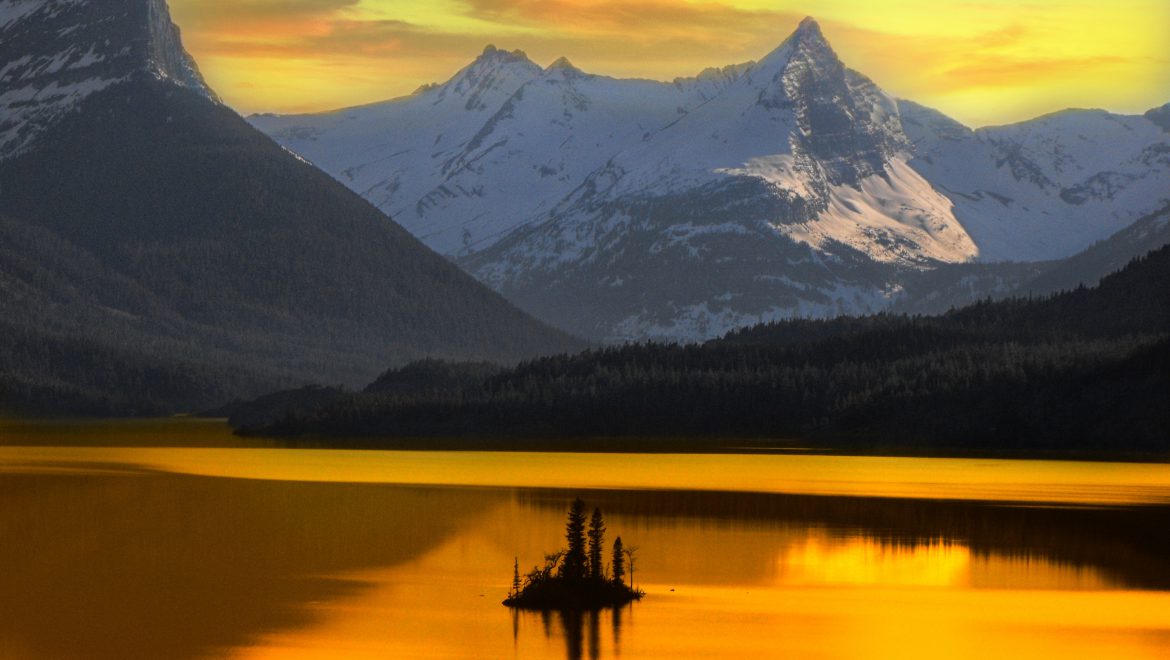 In this article, Rabbi Dov Gartenberg shares his thoughts and halachic insights about Shabbat observance when living in Alaska, where during certain times of the year, the sun does not set at all within a twenty-four hour period. This phenomenon directly impacts when Friday night Shabbat candles are to be lit, as they are traditionally kindled just prior to sundown. Throughout this article, Rabbi Gartenberg explores the concept of the sanctification of time in Judaism according to several major Jewish thinkers. To see more articles by this author, visit his blog, Rabbiblog.

When Does Shabbat Begin in Alaska?

Ahad Haam, the great early Zionist thinker, with this passage in mind, observed that “more than the Jews kept the Shabbat, the Shabbat kept the Jews”. Shabbat is the glue that led Jews to create holy congregations, to establish our communal institutions, and to educate our children.  No matter how we do the Sabbath, minimally or maximally, it is the cultural and religious marker of a Jew.

AJ Heschel identified the centrality of the Sabbath as tied to the unique Jewish emphasis and practice of ‘sanctifying time’. Despite the contemporary expression, ‘Jewish standard time’ a tendency among Jews to arrive late to everything, it would be more accurate to say that traditional Jewish life carries within it an almost obsessive concern and awareness of time.

In our family home in Seattle, we had a magnet calendar on the wall with the Sabbath candle lighting times for every Friday evening of the year. We were also very aware of when Sabbath ended so we could resume certain activities we avoided during the Sabbath day.  Our favorite Sabbath hymn opens with the words, “The sun from above the treetops has faded, let us go out to greet the Sabbath queen”(from Shabbat HaMalkah by Chaim Nahman Bialik).

When we moved to Alaska two years ago we found that looking for the sun over the treetops for a sign of the onset of Shabbat had its unique challenges.  Not only was the sun an abstract concept in the Alaskan Panhandle, but I could not find anywhere in town a magnet with Friday evening candle lighting times.  We could not fall back on previous routines to mark the Sabbath in Alaska.

The first question Jewish visitors to Juneau would ask me was, “When does Shabbat start in Alaska?”  To avoid an answer, I told them to ask the Jews in Fairbanks. But as luck would have it, here I am in Fairbanks for the High Holidays.

As our planning group prepared for the High Holidays this year, a related question on timing emerged. When do we end the fast on Yom Kippur, since nightfall comes very late on September 14th? Given the practical problem before us I felt compelled finally to study the question with an eye to both the issues of Jewish law, but also the deeper understanding of what Shabbat stands for in Judaism.

I discovered through my rabbinic research that the timing of Sabbath and festivals in the Polar regions has been a subject of a halachic-Jewish legal-dispute for nearly three centuries. The subject has been expanded to address the question of how to observe the Sabbath and festivals in space. (I am indebted to Rabbi David Golinkin of Jerusalem who wrote a short essay on the subject in 2003 in memory of the first Israeli astronaut, Ilan Ramon, who died tragically in the Columbia disaster. Insight Israel, p. 104)

These outlier opinions view Shabbat in a very narrow way, divorcing its observance from its underlying principles.  But the majority of rabbinic discussion centers on the question of how to preserve sacred time without creating hardship for a person trying to keep the Sabbath and the festivals.

The question then is, How do we practice the Sabbath and festivals where the sun does not rise or set for months on end and is characterized for much of the year by very short days and very long days?

There are four groupings of opinions on this question starting from the 18th century.

Each opinion recognizes that a Jew marking Shabbat in or near a Polar region need not follow the sunset-nightfall timing of his locale. Each view, however has its flaws. The first view predates a hyperlinked world of communications in which we are never out of touch with timekeeping. While the second view might work for an individual traveler in a Polar region, what about an entire community whose individuals come from many places? The third view doesn’t work for Fairbanks because there is only ocean from the Gulf of Alaska to Antarctica. The fourth view seems to be a workable adjustment, but I can’t figure out why the rabbinic chaplain in WW II era Alaska chose the Ducks over the Huskies.

Despite their flaws, each of these opinions reveals a truth about Shabbat in particular. Preserving Shabbat does not require us to follow sunset and nightfall, but rather a 24 hour period set apart from the other six days.

Consider this fact. The continuous seven-day cycle invented by the Jews runs throughout history; it gives no weight whatsoever to the moon and its phases. The Jews disassociated the week from a natural cycle such as the waxing and waning of the moon. This disassociation is an essential element of the idea of a supernatural deity not personified by any particular natural force. God is understood by the Jewish Bible to be the master of nature, but untouched by it in any way.  (based on The Seven Day Cycle, Zerubavel,  p.. 11)

The Jewish concept of God is not only separated from nature, but the Sabbath as a day of rest from work is and remains unique. Kenneth Seeskin, a contemporary philosopher writes that:

“Shabbat is a unique day set aside to honor a unique God. In biblical times it was a revolutionary idea. No pagan culture had such a day, and some looked upon the idea of mandated rest with contempt. Shabbat is …the best way we have to preserve the monotheistic character of our religion, for unlike pagan rituals in Shabbat there is nothing secret, no element of magic or superstition, and nothing the gives one person an advantage over another.”  (No Other Gods by Kenneth Seeskin, p. 84-85)

The timing of Shabbat is adjustable in extreme regions and in space, but the idea of Shabbat in Judaism is timeless and not geographically limited. The answer to the halachic question of when to observe Shabbat in Alaska is to recognize a polar Jewish community’s valid responsibility to set a Shabbat time framework that enables Jews to keep it and prevent it from becoming an undue hardship.

Abraham Joshua Heschel, the great Jewish theologian of the 20th century, recognized more than anyone the uniqueness of the Jewish Sabbath.

“While the Jewish festivals celebrate events that happened in time, the date of the month assigned for each festival in the calendar is determined by the life in nature….In contrast, the Sabbath is entirely independent of the month and unrelated to the moon. Its date is not determined by any event in nature, such as the new moon, but by the act of creation. Thus the essence of the Sabbath is completely detached from the world of space.”

Heschel in a marvelous passage captures an essential aspect of Judaism.

“Judaism is a religion of time aiming at the sanctification of time. Unlike the space-minded man to whom time is unvaried, iterative, homogeneous, to whom all hours are alike, quality-less, empty shells, the Bible senses the diversified character of time. There are no two hours alike. Every hour is unique and the only one given at the moment, exclusive and endlessly precious.

Judaism teaches us to be attached to holiness in time, to be attached to sacred events, to learn how to consecrate sanctuaries that emerge from the magnificent stream of a year. The Sabbaths are our great cathedrals; and our Holy of Holies is a shrine that neither the Romans nor the Germans were able to burn.” (The Sabbath, Heschel)

Kenneth  Seeskin building on Heschel, highlights the timeless themes that we devote ourselves to Shabbat practice.

“The themes on which Shabbat is based-creation and freedom-are universal in scope and have nothing to do with race, gender, age, social class, or any of the other categories that separate people. According to the Torah, even God rested. That does not mean that God became fatigued after six days of work, but rather that rest is a sign of freedom. As Maimonides pointed out, to work from free choice means to have the privilege of refraining from working.” (Seeskin p. 85)

We Alaskans live in one of the most marvelous and beautiful places in the world, yet our task as Alaskan Jews is to marvel at it while not forgetting our task to sanctify time, to reject the tyranny of ceaseless work and slavery, and to celebrate freedom as a necessary human condition. Our task, as it is for Jews wherever we roam on this earth and beyond, is to keep, preserve, and share the Sabbath and what it stands for.

As a result of my research, I agreed with setting the time of the end of Yom Kippur, which is called the Sabbath of Sabbaths, twenty four hours after we begin it in Fairbanks. When we blow the final Shofar blast, the sun will still be out. We won’t find 3 stars in the sky to indicate Havdallah. But this is how we preserve and enable Shabbat and festival practice in Fairbanks.

The next person who asks you, “When do you begin Shabbat in Alaska” consider answering her in this way.

“Sometimes we celebrate our Sabbaths in days entirely of darkness and sometimes we mark them in days entirely of light, but whether it is light or dark, whether it is Fairbanks of Juneau, Anchorage or Homer, we sanctify it with joy and rest, with freedom and fellowship, with song and hospitality, like Jews all around the world.   What are you doing this coming Shabbat?  We have a place at our Friday Shabbat table. Come and join us.”