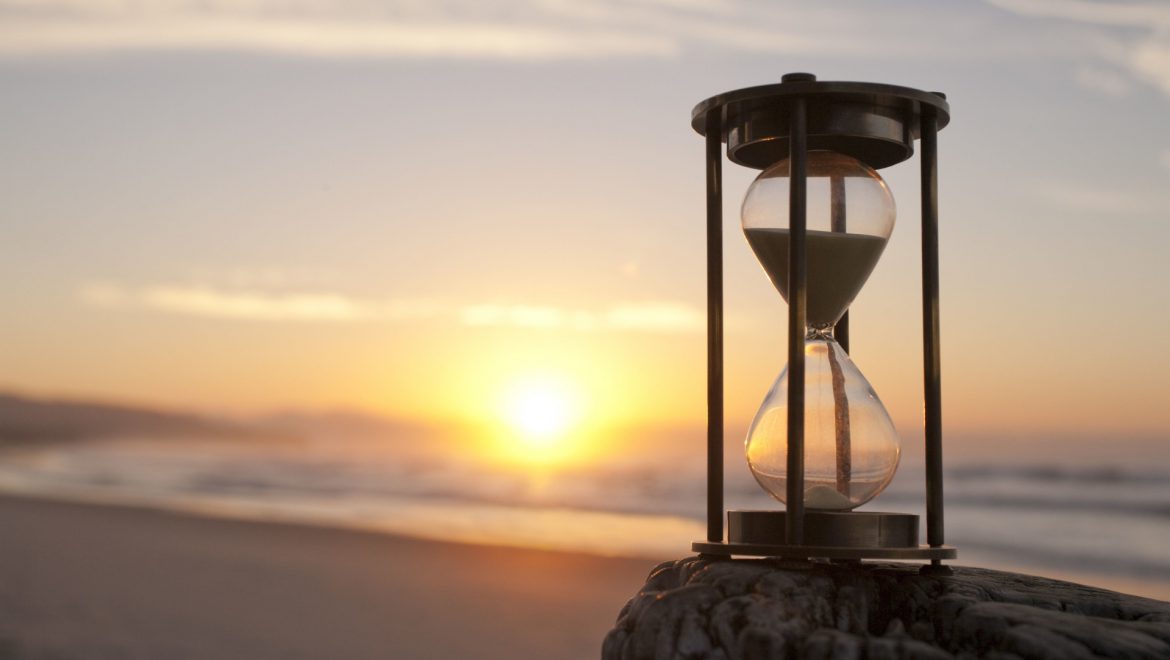 This excerpt from Rabbi Abraham Joshua Heschel’s “The Sabbath: Its Meaning for Modern Man,” explores the idea of Shabbat as a symbol for the sanctification of time. Although Heschel does not specifically mention Kiddush in this writing, the ritual of making Kiddush – literally, “sanctification” – is an example of how Jewish law brings lofty spiritual concepts into reality through practice. Heschel was a Polish-born American rabbi and one of the leading Jewish theologians and philosophers of the 20th century. He was a professor of Jewish mysticism at the Jewish Theological Seminary of America, authored a number of widely read books on Jewish philosophy and was active in the Civil Rights Movement.

Kiddush and the Sanctification of Time

Judaism is a religion of time aiming at the sanctification of time. Unlike the space-minded man to whom time is unvaried, iterative, homogeneous, to whom all hours are alike, quality-less, empty shells, the Bible senses the diversified character of time. There are no two hours alike. Every hour is unique and the only one given at the moment, exclusive and endlessly precious.

Judaism teaches us to be attached to holiness in time, to be attached to sacred events, to learn how to consecrate sanctuaries that emerge from the magnificent stream of a year. The Sabbaths are our great cathedrals; and our Holy of Holies is a shrine that neither the Romans nor the Germans were able to burn; a shrine that even apostasy cannot easily obliterate: the Day of Atonement. According to the ancient rabbis, it is not the observance of the Day of Atonement, but the Day itself, the “essence of the Day,” which, with man’s repentance, atones for the sins of man.

Jewish ritual may be characterized as the art of significant forms in time, as architecture of time. Most of its observances–the Sabbath, the New Moon, the festivals, the Sabbatical and the Jubilee year–depend on a certain hour of the day or season of the year. It is, for example, the evening, morning, or afternoon that brings with it the call to prayer. The main themes of faith lie in the realm of time. We remember the day of the exodus from Egypt, the day when Israel stood at Sinai; and our Messianic hope is the expectation of a day, of the end of days.

In a well-composed work of art an idea of outstanding importance is not introduced haphazardly, but, like a king at an official ceremony, it is presented at a moment and in a way that will bring to light its authority and leadership. In the Bible, words are employed with exquisite care, particularly those which, like pillars of fire, lead the way in the far-flung system of the biblical world of meaning.

One of the most distinguished words in the Bible is the word kadosh, holy; a word which more than any other is representative of the mystery and majesty of the divine. Now what was the first holy object in the history of the world? Was it a mountain? Was it an altar?

It is, indeed, a unique occasion at which the distinguished word kadosh is used for the first time: in the Book of Genesis at the end of the story of creation. How extremely significant is the fact that it is applied to time: “And God blessed the seventh day and made it holy.” There is no reference in the record of creation to any object in space that would be endowed with the quality of holiness.

This is a radical departure from accustomed religious thinking. The mythical mind would expect that, after heaven and earth have been established, God would create a holy place–a holy mountain or a holy spring–whereupon a sanctuary is to be established. Yet it seems as if to the Bible it is holiness in time, the Sabbath, which comes first.

When history began, there was only one holiness in the world, holiness in time. When at Sinai the word of God was about to be voiced, a call for holiness in man was proclaimed: “Thou shalt be unto me a holy people.” It was only after the people had succumbed to the temptation of worshipping a thing, a golden calf, that the erection of a Tabernacle, of holiness in space, was commanded. The sanctity of time came first, the sanctity of man came second, and the sanctity of space last. Time was hallowed by God; space, the Tabernacle, was consecrated by Moses.

While the festivals celebrate events that happened in time, the date of the month assigned for each festival in the calendar is determined by the life in nature. Passover and the Feast of Booths [Sukkot], for example, coincide with the full moon, and the date of all festivals is a day in the month, and the month is a reflection of what goes on periodically in the realm of nature, since the Jewish month begins with the new moon, with the reappearance of the lunar crescent in the evening sky. In contrast, the Sabbath is entirely independent of the month and unrelated to the moon. Its date is not determined by any event in nature, such as the new moon, but by the act of creation. Thus the essence of the Sabbath is completely detached from the world of space.