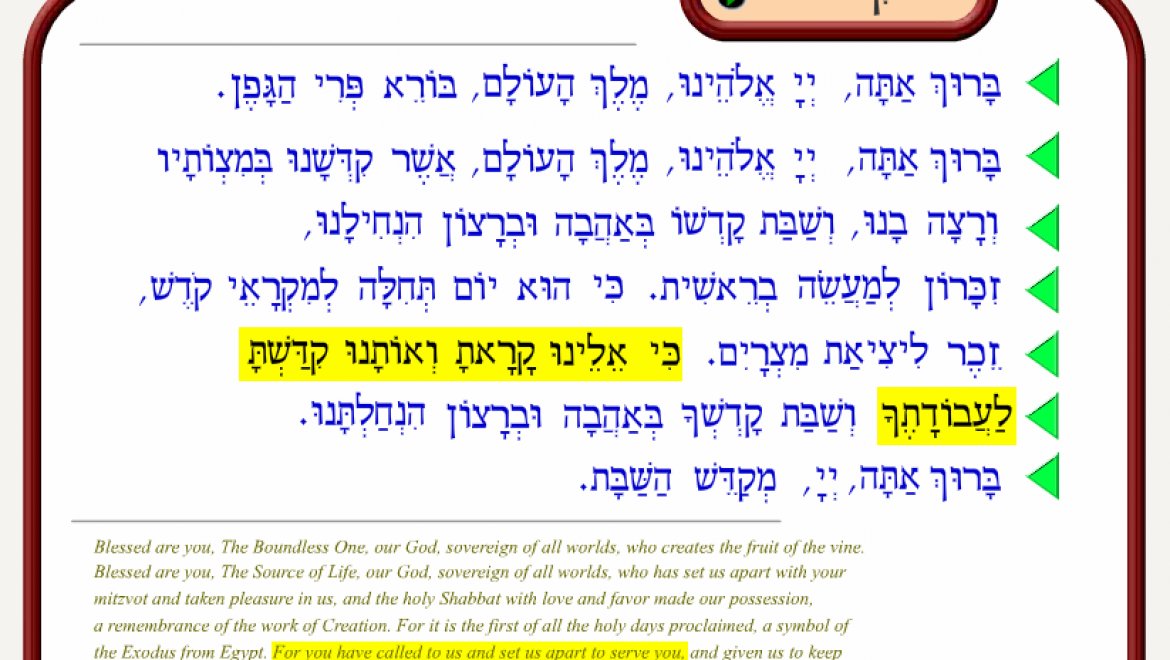 This article includes the Hebrew and English text of the Friday night Kiddush according to Reconstructionist tradition, as well as an explanation of the variations from the traditional text. To hear an audio recording of the Kiddush, click here. The post also provides an introduction to the history, ideology, and practice of Reconstructionist Judaism, with an emphasis on the movement’s relationship to the concept of the Jews as the “Chosen People.” 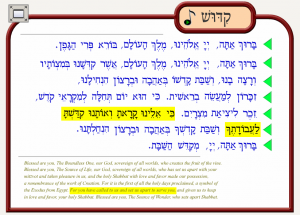 Reconstructionist Judaism was developed by Mordecai Kaplan from the late 1920s to 1940s in America and gained popularity after the founding of the Reconstructionist Rabbinical College (RRC) in 1968. The movement, which was originally a stream within Conservative Judaism, views Judaism as a “progressively evolving civilization,” and does not demand adherence to a particular theology. It holds that Western secular morality has precedence over Jewish law and theology, yet it promotes many traditional Jewish practices as “folkways” (minhagim), or non-binding customs that can be democratically accepted, adapted or rejected by congregations in response to the changing needs of the Jewish people.

Jewish movements in America struggled to redefine Jewish identity and practice in the face of modern American culture. As opposed to ethical monotheism, Jewish law, or nationalism, Kaplan held that Jewish peoplehood was the sole constant throughout Jewish history, rejecting central concepts such as belief in a supernatural God, the divinity of the Torah, and the notion of the Jews as a “chosen people.”

These ideological changes were reflected in the first Reconstructionist Shabbat Prayer Book, which appeared in 1945. As is seen in the highlighted portion of the text above, the following line is replaced with terminology which refers to God calling the Jewish people to service, rather than “chosenness”:

“For You chose us, and sanctified us, out of all nations.”

Choseneness is the belief that the Jewish people were singularly chosen to enter into a covenant with God, a concept which is deeply rooted in biblical verses and has been developed in Talmudic, philosophic, and mystical Judaism. While most Jews hold that being the “Chosen People” means that they have been place on earth to fulfill a certain purpose, it has often been misinterpreted as a racist ideology by Jews and non-Jews alike. Kaplan advocated dropping chosenness to avoid these accusations and because it went against modern Western thought to see the Jews as a divinely chosen people.

Today’s Reconstructionist institutions are based on Kaplan’s original principles, including democracy, egalitarianism, values-based decision-making, and inclusivity.