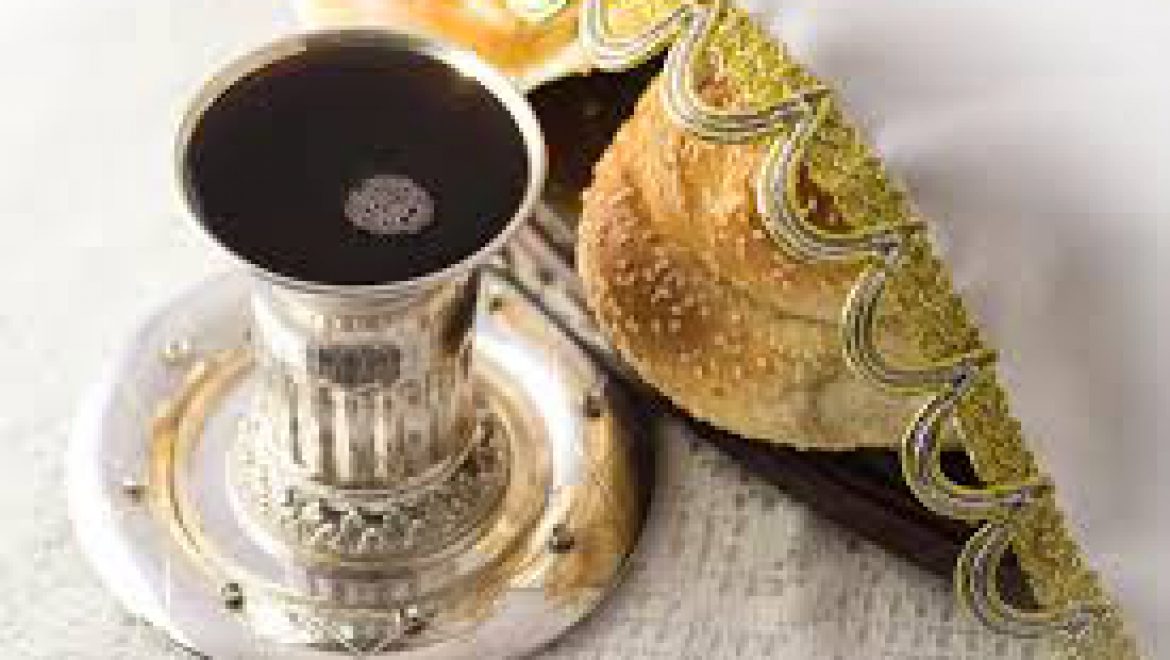 This resource includes the complete Hebrew, English, and transliterated text for the traditional Ashkenazi Orthodox Kiddush, including explanations of what motions are performed at each point. Although the Kiddush ritual is almost identical throughout the Jewish world, there are slight variations in text and pronunciation between different Ashkenazi, Sephardic, and Mizrahi communities, with the Ashkenazi Kiddush being the longest. The term “Ashkenazi” originally referred to the Jews of Germany and Northern France (in Hebrew, “Ashkenaz”), but it has come to refer more broadly to Jews from Central and Eastern Europe.

The text below comes from NCSY, an Orthodox organization dedicated to inspiring Jewish youth to engage with Judaism and Torah. To hear a recording of an Ashkenazi Kiddush from Aish.com, click the audio bar below. The video is from Kol Echad M’mekomo. 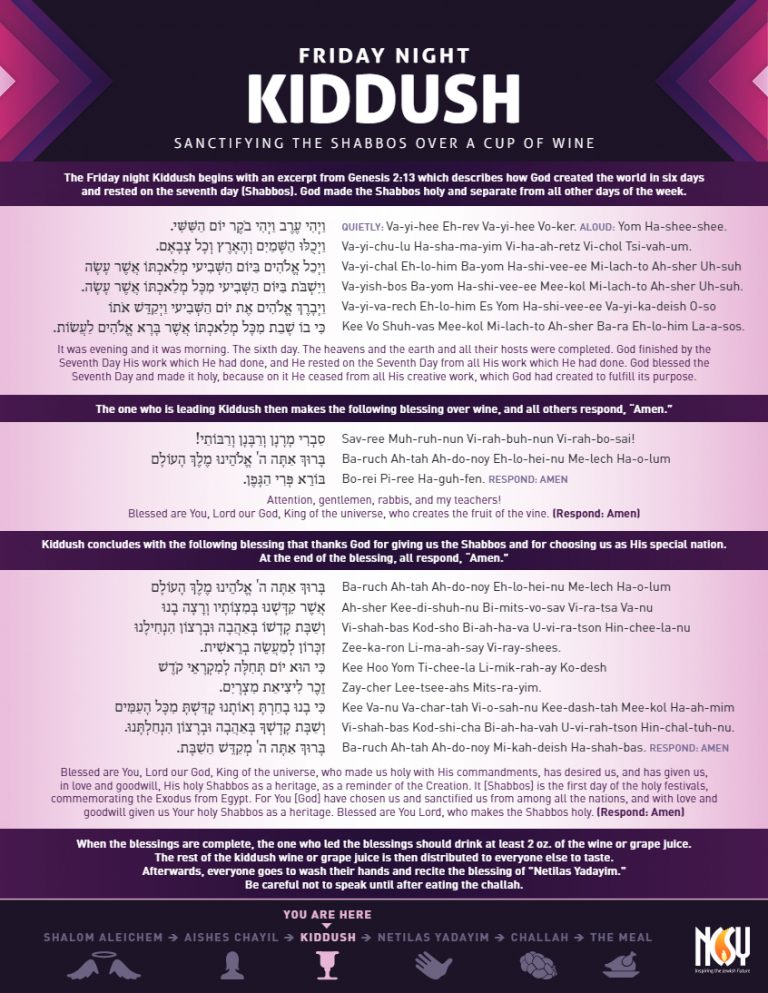